The History of the School

The school began as a kindergarten running in Glenaven Church in Chambers Street in North East Valley. A move to Norwood St gave the Kindergarten its own home, a mortgage and the opportunity to build equity. With the initiation of a Class One in 1986, more space was needed and the Northeast Valley site provided a new home. The proprietors were able to build a small, simple Kindergarten building and the primary school adapted the old villa on Afton Terrace, on the border with Chingford Park. 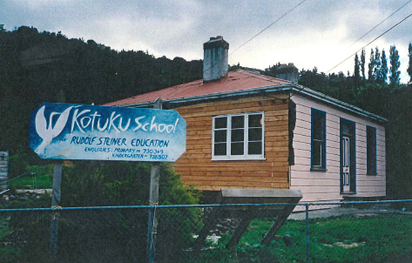 On 29 January 1993 the Primary School became a state integrated school. The signing of the Integration agreement happened at a similar time to many Steiner Schools across the country. This agreement means the Ministry funds the main operating costs, including most of the teaching staff, while the Proprietors Trust provides the land and buildings, and ensures that the special character of the school is retained.

In 2006, when we moved to Maia from the North East Valley, there were 5 students on the school roll, and around 12 in the kindergarten. In the following year, the roll increased rapidly to 24. Our school roll had been capped at 24 but after significant pressure the Minister of Education raised the cap to 60 in 2008 and then to 96 in 2021. The kindergarten roll increased to 35 and the kindergarten spread into two rooms at Maia in 2008. We also opened a second kindergarten and playgroup in Pine Hill in 2011 – this is now running as an independent Steiner based early childcare centre. 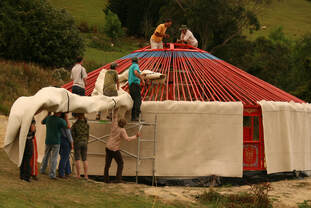 At the end of  2008, the Proprietors Trust erected 3 Mongolian yurts to accommodate the increased primary roll, on limited funds, with a huge amount of parental labour, at the end of 2008. In 2011 one of these yurts was replaced by a permanent building - the Octagonal classroom. In 2015 a small forest classroom was built.

In 2019 a capital fundraising campaign raised nearly $400,000 which allowed for the building of an additional classroom, staffroom and toilets and allowing for the expansion of kindergarten into 3 rooms. The Trust continues to look to provide more permanent classroom space adjacent to the lower classroom. Back in 2006, playgroup ran on just one afternoon a week with perhaps a small handful of parents and children attending. There are now 2 playgroups  at Pine Hill.